Interviews
April 23, 2018 by r/n
0
r/n __a/s/l
I’m 26, disabled, and living in a small town in BC next to the small town I grew up in.  There are a lot of ducks.
r/n __From what what I’ve seen on your online presence, you have a very diverse practice. How would you best describe your work and materials.
Being chronically ill forces my practices to change constantly.  I used to primarily shoot photography, but later I taught myself 3D animation since I could stay home and move around minimally and not talk to anyone directly.  It may sound bleak, but it’s really given me a lot of room as an artist. With 3D animation, I could work when my body was ready to work. I think most of my recent practices and projects have come about through techniques in energy saving.  These days, I’m interested in making guidebooks and policy making—a rather pragmatic turn. 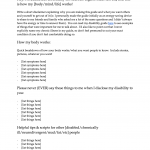 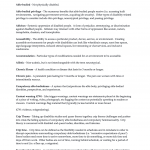 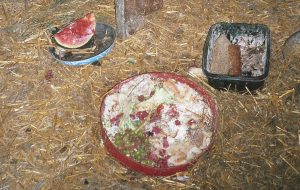 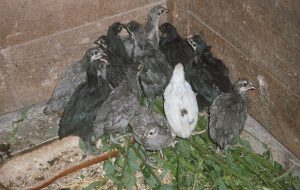 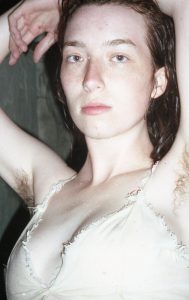 r/n __Your photographs all have a sense of sensual candid intimacy while also feeling high fashion. Can you describe what to you strive for in your shooting process?
I’m glad that you can notice the intimacy in my photographs.  I have a really difficult time socializing with people unless we are working on some sort of shared project or something that involves skill-building.  Hanging out is a weird activity to me. I think I get this from my dad who only has work friends. Anyways, I started off by taking photographs on a shitty digital point-and-shoot as a teen.  I took photographs of people I felt close to or people I hoped to become close to and that process hasn’t really changed over a decade later. When I shoot with someone, it is almost always an emotional experience and I want to translate that into something legible. 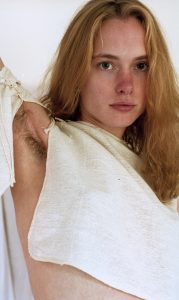 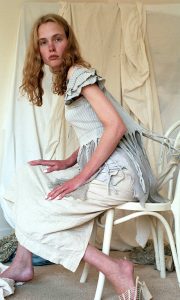 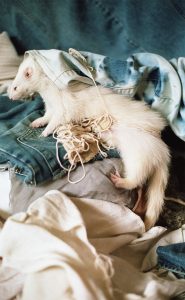 The Editorial Magazine –  Full Series
r/n __What are you currently working or focused on at the moment?
I’m currently putting together grant applications for an upcoming documentary about a multiply disabled woman and her cosplaying service dog. My internet friend Gergő originally sent me a link to their Instagram page and we discussed whether or not the handler was a furry.  Unable to confirm or reconcile our theory, I ended up reaching out to the handler, asking her directly if she was part of the fandom. Turns out, she’s not a furry, but we started talking more after that initial point of contact until I was like hey, maybe I could make a documentary about them. There’s a lively service dog community out there and no one really knows about it. Click here to donate to Banner and Koyote Documentary
r/n __I’ve only ever seen the standard Golden Retriever assisting those who are visually impaired or serving the open public as comfort dogs in airports or Universities. How are the service possibilities for dogs extending beyond this conventional norm we’ve so far encountered?
Yes, these are the common images we tend to think of and, while I’m glad they exist somewhere in our public knowledge, we need to expand this knowledge to be more inclusive of other disabilities and other types of labour service animals can perform.  Service animals are not just for people with visual impairments, but can work with autistic people, people with psychiatric conditions, narcolepsy, cystic fibrosis, and so on. They can alert owners to oncoming migraines, anxiety attacks, diabetic episodes, PTSD episodes, epileptic episodes, open fridge doors, retrieve medication, perform deep pressure therapy (DPT), and, well, you get the picture. Distinctions between emotional support animals, therapy animals, and service animals are also largely unclear or unknown to people not already in the service animal community.  I think this is in part due to the fact that there aren’t yet nationwide policies in place for Canadians with disabilities, whereas the United States has had the American with Disabilities Act (ADA) since 1990. The service dog team mentioned in the previous section does a lot of outreach work to educate people about these issues.
For the past month, I’ve also been watching a series of owner trained service dog videos on YouTube.  It takes a lot of repeated training sessions for a service animal to learn a particular behaviour or task.  If the owner wants their service dog to alert them to say an allergic reaction, the owner will have to simulate what happens to them leading up to the event (i.e. the owner will most likely begin unconsciously scratching parts of their body).  The service dog then has to alert the owner, often by nudging their owner’s body, to make them aware that they’re having an allergic reaction. The owner then performs the action again, the dog alerts, the dog is rewarded. Repeat, repeat, repeat.  Service animals don’t automatically know how to do these things. I’ve also begun to look at other types of working dogs or ways of working with dogs that fall outside the disability community. How do service dogs intersect with canine public servants like police dogs (K-9’s), for instance?  What about dog sports and agility dogs? I recommend reading Donna Haraway’s Companion Species Manifesto to learn more about this topic.
r/n __I am curious about your creative process – where do you manifest these ideas?
I’ve always been interested in creative communities built from the margins and what kind of tools they come up with in order to participate alongside more professional industries (like animation, filmmaking, writing, etc).  Fan communities, for instance, have an established history of utilizing non-hierarchical modes of information sharing, knowledge acquisition, and artistic practices—ones that are horizontal, communal, and collaborative. If you’ve spent any time in the fanfiction community, you’ll quickly see that it’s comprised of a complex support network of content producers, moderators, beta reviewers, and readers working together to write stories, offering feedback and revisions along the way.  All of this labour is unpaid. But the labour is valuable, as fanfic members participate in different kinds of skill-building practices that could turn into potential forms of employment later on.

I found the same values in the 3D animation community I fell into soon after.  Programs like Daz3D and Poser are free or relatively low cost compared to more powerful animation engines.  Along with being relatively financially accessible, both programs are more user friendly, allowing low skilled animators to participate in the animation world.  I think being low skilled is actually really exciting. Amateur animations are often very bizarre and more playful, things don’t play out like you think they will.  Things get buggy. Many websites also offer free 3D assets for these particular programs that you can download and insert into your own animations. There’s furniture, every kind of clothing, skin maps, hairstyles, plants, food, etc.  People aren’t as concerned about ownership and are more interested in building the community. I value these kinds of creative models and processes.
r/n __So… where does shrek come in?
The shrek franchise makes me feel really good.  I don’t think it goes anywhere beyond that? Well, maybe I like shrek so much because he wants to be left alone in his loneliness, but through a bizarre turn of events he’s not really allowed to.

r/n __is cosplay a regular part of your life and inspiration?
It’s really not, to be quite honest.  At least, I would never cosplay openly outside of my house and I’m not really actively part of the cosplay community.  I’m more of a lurker and I like to study cosplay craftsmanship more than anything. A little while back, I became somewhat obsessed with an unknown YouTuber named Lisa Renwick who would make Five Nights at Freddy’s (FNAF) heads out of cardboard, tape, and markers.  I tried to make a few of my own, but they never turned out as good as the ones on her channel.  She hasn’t posted in months and I miss her. I found her videos and how she filmed very relaxing. 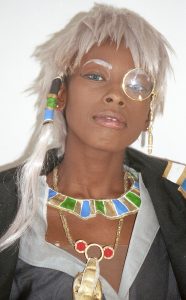 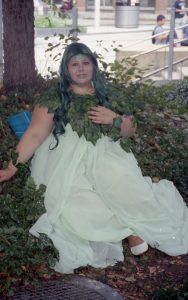 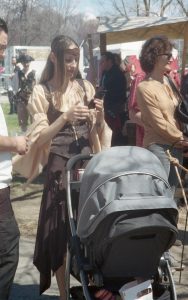 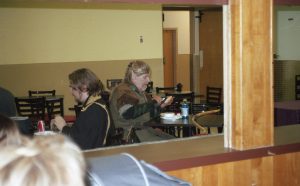 r/n __I’ve seen some of your video work for mutual friend Antwood and perhaps even heard some readings on some tracks. Can you share anything about your guys collaboration?
I met Tristan last summer during a whirlwind Tinder date where we stayed up all night playing bingo, smoking, and driving around in my car.  We were turned away from about three hotels and even a motel trying to find a place to sleep and I just ended up driving him to the ferries as the sun was rising.  Since then, he’s romantically mentioned me in almost all of his interviews so it’s nice that I get to talk about him and our work together here. Right now, we’ve been working closely on his next album.  I’m not a musician, so I’m not musically involved, but I’ve been making animations for one of the tracks and working on product packaging. My voice also does appear throughout some of the album and features poems or angry messages that I’ve sent to Tristan over Google Hangouts.
r/n __Whats next for you?
The service dog team documentary should take up a year or so to make.  After that, I plan to start my PhD at UBC’s Social Justice Institute and continue working in disability justice.  If that degree doesn’t happen or work out, I’ll rescue a pack of dogs, train them, then invest in a small farm somewhere on Vancouver Island and become involved in herbalism.
r/n __If it works out, what role would you most ideally play in disability justice and what goals would you work towards in this role?
If I ever find the energy, I would like to set up my own non-profit organization to support disabled artists in the Vancouver area.  Last summer while living in Montreal, I volunteered at the organization Spectrum Productions teaching autistic youth how to make movies.  Participants learn everything from script-writing, to animation, editing, sound design, directing, stop-motion, etc.  It goes beyond film-making too. They host weekly social nights, cook meals together, and play a lot of Sonic the Hedgehog video games.  At the time, I was exiting an abusive relationship and, it might sound dumb, but working with that community saved my life. I hadn’t really experienced a place that prioritized making space for disability before.  They made space for me, for everyone. I want something like that for Vancouver. The organization Creative Growth in Oakland, California serves as another good example of what I would like to set up for my community in the future.
Instagram: Olivia
Interview + Layout: Meli
Cover image from Alien Stomp
Spread the love
0
April 23, 2018
No Comments Yet