As Toronto’s Ada Vale prepares to release Revivalist – their fourth album in 2 short years – Vincent Parker sits down with the restless & relentless Math Rosen to talk about sound, storytelling, privilege and pharmaceuticals.

r/n: A/S/L?
Ada Vale: I’m Math, 34-year old queer musician and writer living in Toronto, trying to pay rent on time.
r/n: And who is Ada Vale?
AV: Ada is me, too. I write songs and host a variety show called Voddville, playing various characters in a musical serial. But the project is really a group of people – the dancers from Polynomials, all the filmmakers and guest artists we’ve had on the show.
r/n: How did these alter-egos come about?
AV: It’s hard to trace exactly, but Ada was a sort of reflex response after making instrumental music my entire life. I was working on a tv series that eventually got lost in development – and when that project came to an end, Ada gave me an outlet to keep writing. And to process my experience with gender and pharmaceutical mood stabilizers.
r/n: Are you telling the story from that tv series?
AV: No no, but the tone is similar, some of the people and places are related. I think they were born out of the same primordial goo. I like to have a fictional world that I can dip into when I’m writing songs, because it can be a real struggle to write from my own perspective. Which is something I’m working on.Oh, Ada is also the name of this dress in a glass box, which hangs out in the studio. 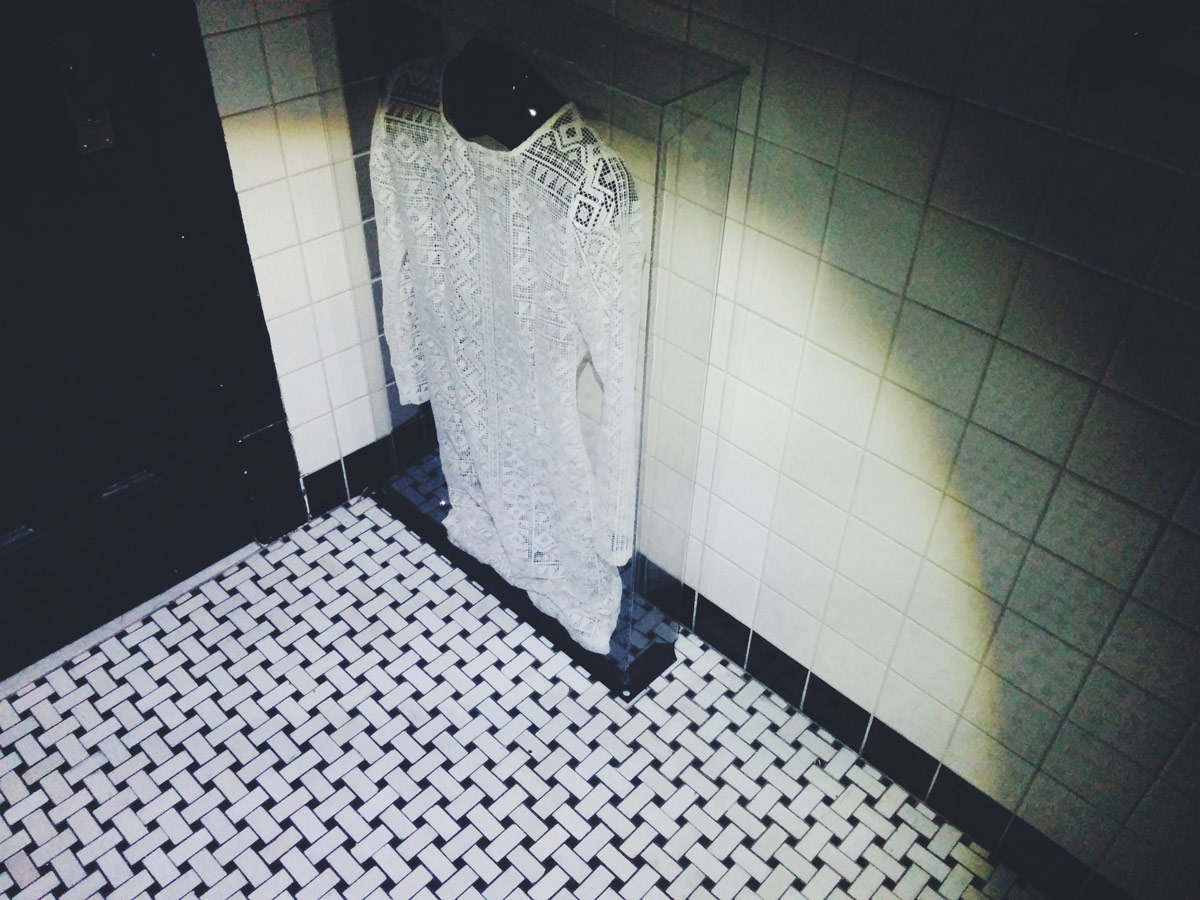 r/n: Yeah, what’s that about?
AV: The glass box just turned up one night at my front door. And the dress was part of a Bride of Frankenstein costume that Karissa from Polynomials put together for Halloween some years back. Then I put the dress in the box and it became Ada. It’s not really glass, though; it’s all scuffed and smeared and hazy the way plastic gets. I like that.
r/n: Hazy is a good word for the music, actually.
AV: Ha, yes – a friend recently told me my music sounds like it’s underwater. I don’t think I do it deliberately, I just like the sensation sound passing through a substance. I think that’s what perception is like – we’re all experiencing the world through this sludge of lived experience and personality and history. No two of us have the same sludge, it’s fascinating.
r/n: Does that hazy aesthetic free up space for non-musical narrative cues like dialogue in your music?
AV: Sure, definitely. But I think I approach it the other way around; spoken dialogue is often the least narrative part. Words have a way of obscuring meaning, in songs as much as in conversation. But there’s all this space for sound to depict a story, to put the listener in a place & time or connect them with a character’s state of mind.
r/n: You describe Ada as “a musical drama told through songs, films, theatre, and paint.”
AV: Yeah, we try to approach each element – song, dance, video, twitter story, whatever – like a news story floating past on your feed. So, you might only catch a glimpse of it, but it’s there unfolding if you want to click through. That’s what it feels like to be alive now, right?
r/n: Ok, and where does the paint come in?
AV: Ha, oh that. One of the host characters slathers himself in white paint, which is actually a fungal hallucinogen that gives him telepathic abilities. He communicates through an old VCR, for example.
r/n: Yeah, that sounds pretty hazy.
AV: Honestly, I’ve spent enough time with that guy. He’s served his purpose, mental-health-wise. At least for now.
r/n: Your last two records had that kind of dual-personality built right into the titles, can you explain Black Fly Summer & Wild Dog Winter?
AV: That was summer and winter 2016. It was police raiding BLM protests in Toronto, it was Brexit, it was white nationalism simmering up all over the damn place. Wild dogs and black flies are these desperate people barking and biting because of centuries-old stupidity and systems that are designed to keep them fighting.
r/n: Wow, that’s bleak.
AV: Well, it is bleak. But bleak doesn’t have to mean hopeless. I think it’s important to engage with just how bad things are, especially those of us in positions of privilege. I was born white and raised male – there are more than enough artists out there who look like me. If we’re not calling each other on our shit, then we’re just taking up space like we have been for several hundred years.
r/n: The new record Revivalist deals a lot with death and rebirth, is that where you see those bleak situations going?
AV: I don’t know about that. I mean yes, there are nuclear bombs hanging over our heads. It doesn’t have to mean the death of civilization, but there’s a lot of work to do before we come out the other side. Revival can mean a lot of things. As bad as things are, we have to aim for the revival part.
r/n: What’s next for Ada?
AV: I guess I would say I’m aiming for the revival part.
r/n: And what’s next for Math Rosen?
AV: Oh, thanks for asking! I just wrapped producing the new album by Jesse Dangerously, and I think it’s really special. I’m also working with Toronto choreographer Lucy Rupert on a piece about sunlight travelling to the earth. And as always, I’ll be in the studio with Polynomials watching highly trained dancers blink very, very slowly.